The Stop Online Piracy Act (SOPA) is a United States bill introduced by U.S. Representative Lamar S. Smith  to expand the ability of U.S. law enforcement to fight online trafficking in copyrighted intellectual property and counterfeit goods. The bill helps stop illegal foreign websites from stealing and selling America’s technology and inventions, and keeping the profits for themselves. That means court action could prohibit online ad networks and payment sites like PayPal to do business with sites accused of infringement and would prevent search engines from linking to such sites. It would require ISPs to block access to the accused sites. The bill would also make unauthorized streaming of copyrighted content a crime with a maximum penalty of five years in prison for ten such infringements within a six months period.

Who wants the bill to be passed?

Content groups like the Motion Picture Association of America (MPAA), and business representatives like the U.S. Chamber of Commerce, argue that innovation and jobs in content-creating industries are threatened by growing Internet piracy. Overseas websites, they argue, are a safe haven for Internet pirates profiting off their content, thus the need to expand U.S law enforcement on such overseas websites. These are mainly organizations from the music and film industry, which are most affected by internet piracy.

There are already laws that protect copyrighted material, including the Digital Millennium Copyright Act (DMCA). But while the DMCA focuses on removing specific, unauthorized content from the Internet, SOPA and PIPA instead target the platform which is the site hosting the unauthorized content. SOPA is the more extreme of the two as it defines a "foreign infringing site" as any site that is "committing or facilitating" copyright infringement. 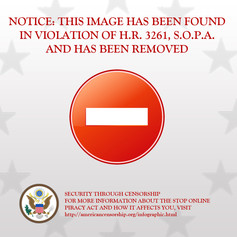 PIPA is short for the PROTECT IP Act (Preventing Real Online Threats to Economic Creativity and Theft of Intellectual Property Act). It is a proposed law with the stated goal of giving the US government and copyright holders additional tools to curb access to "rogue websites dedicated to infringing on counterfeit goods", especially those registered outside the U.S. The bill was introduced on May 12, 2011, by Senator Patrick Leahy. The act is a reorganization of the 2010 COICA (Combating Online Infringement and Counterfeits Act) that did not pass legislation.
PIPA contains provisions that will allow the federal government to have an unconstitutional amount of power in regards to censoring Americans’ access to the internet.

If the bill is passed....All websites on the internet will be liable for content added by users – comments, status updates, etc. Social media networks like Facebook could face prosecution over content uploaded by users. The Federal Government could forcibly require that Internet Service Providers (ISPs) block websites deemed as “enablers” of copyright infringement. PIPA is the less extreme of the two bills as it is limited to sites with "no significant use other than" copyright infringement. 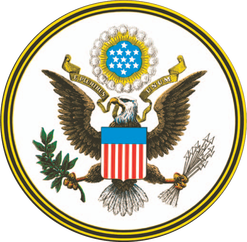 Why have they failed?

Anti-SOPA opponents say it violates the First Amendment, amounts to Internet censorship, will harm the Internet and threaten whistle-blowing and other free speech. The opponents have been protesting SOPA fiercely on the Internet with petition drives, boycotts of companies that support the bill, and have proposed a service blackout by major Internet companies scheduled to coincide with the next Congressional hearing.
Due to the vociferous online protests on social media sites, SOPA has been stalled and withheld for alterations to its laws. Also, in the wake of online protests held on January 18, 2012, Senate Majority Leader Harry Reid announced that a vote on the PIPA bill would be postponed until issues raised about the bill were resolved. The outburst of anti-SOPA and PIPA sentiments online has been tremendous, and perhaps have influenced the White House’s decision not to support this legislations in its current form.

Opponents of SOPA and PIPA believe that neither piece of legislation does enough to protect against false accusations. As the Electronic Frontier Foundation argues, provisions in the bill grant immunity to payment processors and ad networks that cut off sites based on a reasonable belief of infringement, so even if claims turn out to be false, only the site suffers. "The standard for immunity is incredibly low and the potential for abuse is off the charts," says the EFF. Meanwhile, sites that host user-generated content will be under pressure to closely monitor users' behavior. That monitoring already happens on larger sites such as YouTube, but it could be a huge liability for startups, the EFF argues. This is especially true as there is no way P2P file sharing sites such as Megaupload can monitor all of its users' actions, with such a huge amount of information being transferred at every moment. The bills cover too broad a definition of internet piracy, also they are taking too big a leap in cracking down on internet piracy which will not work, considering that the problem is so severe since the start of the 21st century. 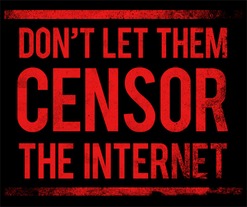